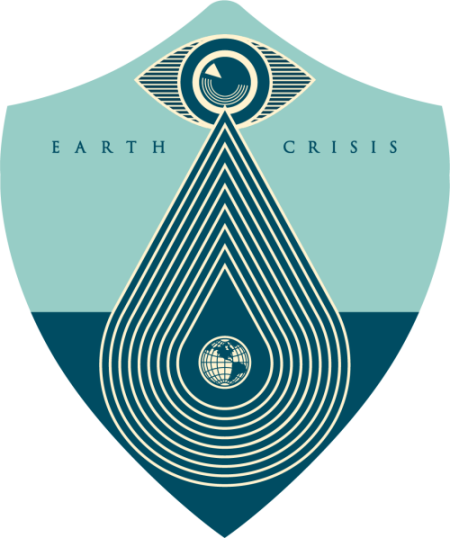 “My political stance on protecting the planet is driven by my concern for the quality of life for future generations. When I look at the motives of those who deny climate change, they are not driven by a quest for truth, but by greed or, in the case of politicians, the benefit of aligning themselves with certain corporate donors. The correlation between Carbon emissions and climate change is virtually unanimous in the scientific community. I’m not an alarmist, but I do think people need to understand that we are facing an earth crisis. If you aren’t a bit concerned about climate change, what will it take… NYC and Bangladesh under water?” 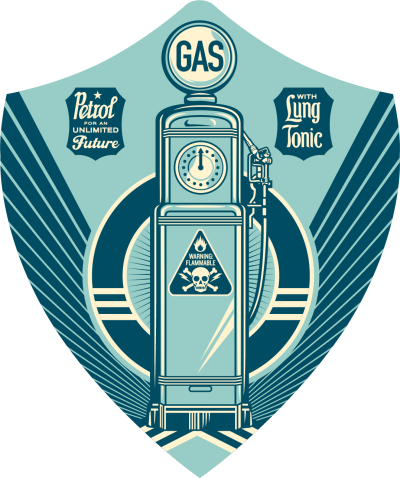 “The Endless Power image is designed to feel like a vintage ad celebrating the abundance of gasoline and the bright future of the American Dream. The claim that petrol provides an unlimited future is a snapshot of the overly-optimistic wish that oil is unlimited. Oil is finite and a major factor in climate change, but reliance on it is so extreme that the power wielded by those who control oil is virtually unlimited. Scientists hired by fossil fuels corporations represent the 1% minority of the scientific community who claim that oil and gas don’t contribute to climate change. These are the same scientists who, if paid, would claim that smoking cures asthma or that gas fumes are a cure-all lung tonic.” 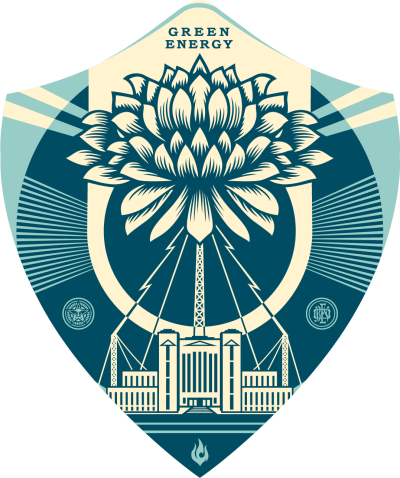 “Green Power was created as part of my Power & Glory series. The series explores various notions of power and glory in terms of industry, authority, energy, the environment, politics, vice, and virtue. Many of my Power & Glory images critique fossil fuels and explore their accompanying oil and gas iconography as symbols of what literally and metaphorically drives America. Green Power was one of the images from the series in support of green energy. Rather than subsidizing dirty fossil fuels, tax revenues should be supporting research and development for renewable power sources.” 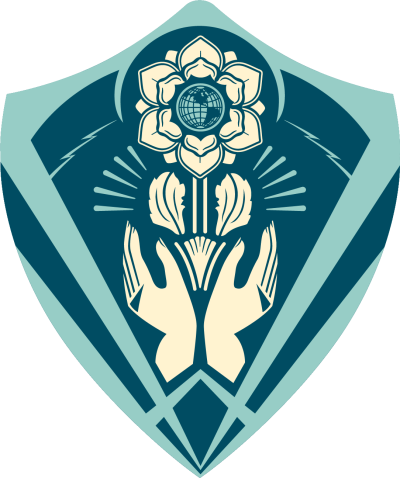 “The Respect & Justice image is a call to celebrate, respect, and nurture the planet. The inter-dependence of earth’s eco-systems inspired the concept of Gaia, or the earth as one organism with a respiratory system. The earth’s delicate respiratory system can be thrown dangerously out of balance by climate change. True justice for the earth and future generations of all species can only be achieved by respecting the fragility of the eco-systems that sustain life. The future is in our hands.” 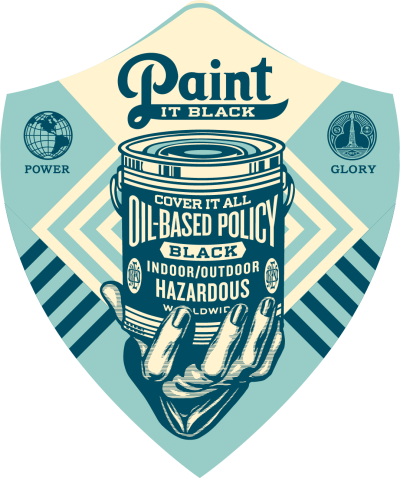 “Paint it Black Hand is inspired by the Rolling Stones song and is about oil influencing too much of U.S. energy policy and foreign policy. Imagine if all the money spent on wars and strategic interests in the Middle East had been spent on developing green energy alternatives. Instead, the government subsidizes the highly profitable oil and gas industries for billions a year because no politician wants a rise in the price of gas to be blamed on them. The need for gas will remain, but countries and companies need to invest in sustainable energy alternatives to help with the transition away from the finite supply of fossil fuels that are also responsible for CO2 emissions and climate change.” 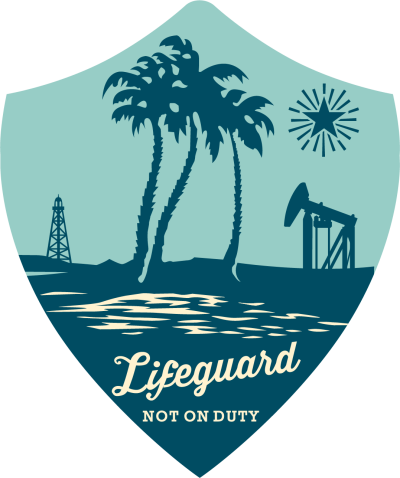 LIFEGUARD NOT ON DUTY

“This Lifeguard Not On Duty image was inspired by vintage scenic postcards and some old photos I saw of oil derricks down the beach on the California coast. There are still oil drilling platforms visible from the beach in Santa Barbara where there have been several oil spills. Beyond just the environmental hazards of oil spills and climate change, Lifeguard Not On Duty is also about our collective lack of foresight in transitioning away from oil, which is finite, to energy sources which are renewable. The tide will turn, and the question is whether the worldwill be technically equipped to adapt.” 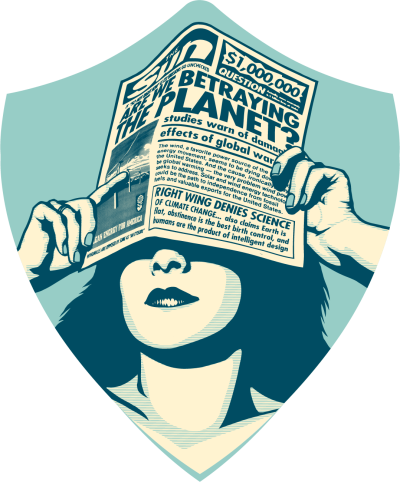 “The Global Warning image was inspired by watching my wife Amanda sunbathe with a newspaper over her face. I imagined the irony of newspaper headlines about climate change while the sunbather remains blissfully ignorant while the warnings about global warming are literally right in front of her face! I photographed my wife on the spot to make an illustration and then I had fun critiquing the right-wing climate change deniers in the satirical newspaper articles. Considering the magnitude of climate change, it is surpring that it does not make newspaper headlines with greater frequency.” 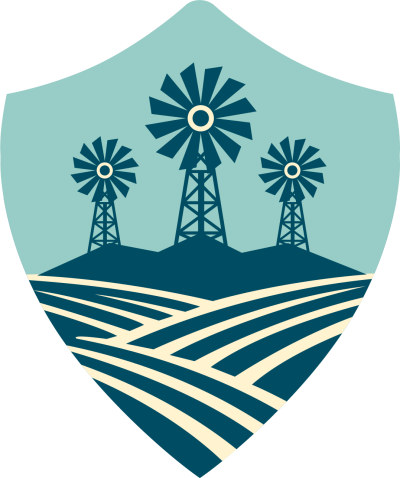 “This image was originally created in the late 90’s for an organization called Save Our Environment which was founded by Mike D of the Beastie Boys. At the time, wind energy was becoming more cost-effective, and therefore viable, as a sustainable alternative to fossil fuels. Wind is actually free, so the biggest challenge to implementing wind turbines is the up-front cost. I think the investment in wind energy to save our environment is well worth it. I designed this image to suggest that windmills or turbines are iconic symbols of a healthy earth.”